10 Leadership Lessons I Learned Living on a Nuclear Submarine 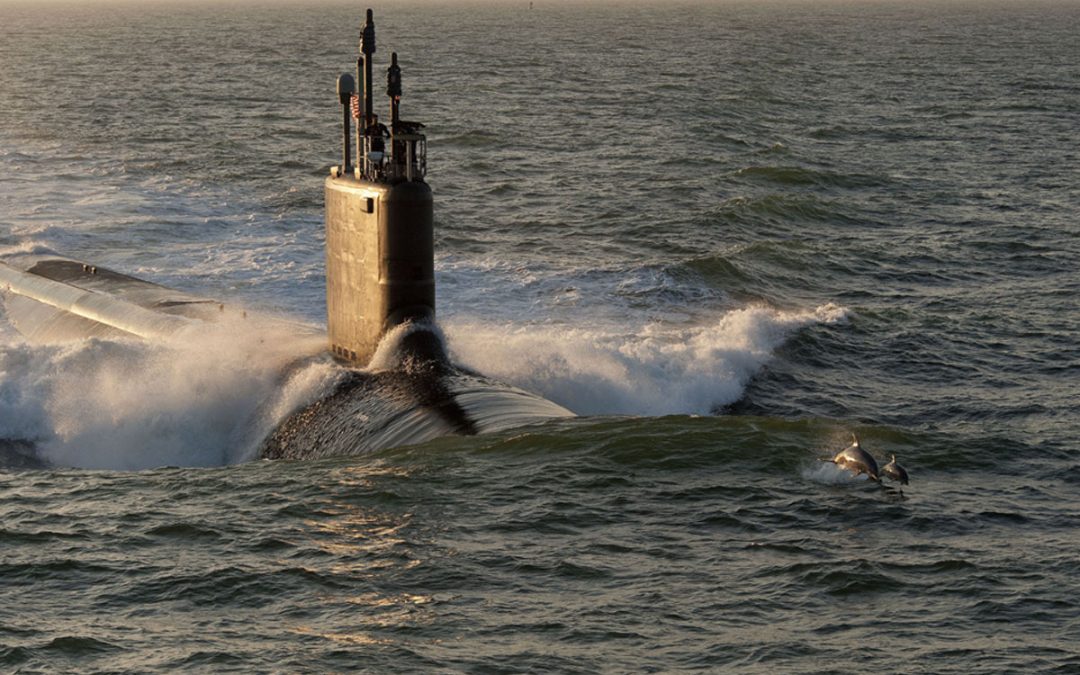 My first job out of college was my dream job. I served as a Naval Officer on a nuclear submarine, the USS Tennessee. In five years, I earned my “dolphins” (qualified submarine officer) and was certified as a naval nuclear engineer. I made seven deployments and spent around 540 days underwater. Yes, that’s a year and a half under the ocean.

Some say living on a submarine is a lot like space travel. I think it’s more like being locked up at work with 150 of your coworkers where no one can go home for three months at a time. The truth is, it’s a bit of a social experiment. You learn a lot about people, social issues and leadership when you’re locked in a 560-foot metal tube with a nuclear reactor and 24 nuclear missiles for 77 days straight.

“Submariners are a bunch of intelligent misfits that somehow seem to get along, understand each other and work well together” ~Anonymous Surface Ship Officer overheard by Submariner Red Hanley

How I lead in civilian life is based on what I learned from my years on the Tennessee. While the work situation is vastly different, the people, social and leadership issues are the same. Here’s a few things I learned from my days underwater:

Run to the Fire. One of the first things they teach you on a submarine is to run towards and not away from a fire. The reason is, if you don’t put out the fire quickly, everyone is at risk. This taught me to attack problems quickly and not to ignore them. I wrote about this in detail in an article called Leadership Means Running Towards the Fire. This skill is critical in running a business as well.

Get qualified. The more skills you know, the more valuable you are to a submarine crew. The more sailors qualified for each watch station, the less watches each person needs to stand. This means, it’s in everyone’s best interest to train and teach new sailors. This also ensures everyone is qualified and competent. This principle applies to businesses as well. Teach your new employees, it’s in everyone’s best interest.

Verbatim repeat-back. One practice in the submarine Navy is for watch-standers to repeat commands verbatim. This ensures perfect understanding before the order is executed. This translates to business leadership as well. Think about how many times you are misunderstood. Checking with your employees to ensure they fully understand the assignment will lead to less rework.

“Submariners are a special brotherhood, either all come to the surface or no one does” ~ Vice Admiral Rudolf Golosov of the Russian Navy

Surfaces must equal dives.  The universal rule in submarining is that the surfaces must equal the dives. Failure isn’t an option. There is no way to save a submarine if it goes down in the depths where we operate. You must reach the surface. Attacking problems with the same attitude and tenacity has served me well in the business world.

Everyone is in the same boat. Literally. The lesson I learned from my time on the Tennessee is that no one is better than anyone else. There is no special treatment. On board, officers & enlisted eat the same food, wear the same uniform, and sleep on the same size bed.  If we ran out of something, no one had it. This taught me to treat everyone with respect, no matter what role they serve in the company.

No escape from a bad colleague. In business, it’s easy to escape a bad co-worker or complain to management to get them fired or transferred. On board, you were stuck with the crew that was deployed. There was no escape. I learned to get along with people I had differences with. I learned to resolve conflicts. I learned to look for win-win outcomes which has served me well in business.

The captain is in charge. On a Navy ship, there is only one authority, the captain. The captain has full command of the ship and its personnel. If you consider the destructive power of a submarine’s weapons, it’s an awesome responsibility. I learned to be a good follower. I learned to be very careful and respectful in questioning authority. I also learned to earn the respect of my captain.

Young people are amazing. Consider this, the average age of a submariner is 22. Even the captain is young, around 40. On a submarine, you are given significant responsibility at a young age. I learned a person’s age doesn’t affect their ability to lead and take on projects.

The ability to learn quickly is better than being smart. The volume of information we had to learn as a submarine officer was significant. From reactor plant manuals, to hydraulic systems, to strategies and tactics, we had to know it all. Those that could learn quickly could get qualified faster and were successful. I’ve learned this principle applies to business as well.

“The North Atlantic is a cruel and unforgiving body of water” ~ Thomas Barnhart, Chief of the Boat, USS City of Corpus Christi

Bad times provide good perspective.  Probably the best lesson I learned is that bad times don’t last and they help provide perspective. I wrote about this in an article called 5 Reasons to Celebrate the Tough Times. When you endure long periods away from home, days without sleep, months without fresh food, or winter storms in the North Atlantic, you appreciate the good times that much better. My toughest day in business has never been as hard as my time on the Tennessee.

I only served in the Navy for five years but the lessons I learned have never left me. The challenges of leading in that environment were extreme but it provided a strong foundation for the rest of my career.

How can these lessons apply to your job? Have you had similar experiences that have affected the way you approach your work life? Have you worked with leaders who served in the military? What was that experience like? How did their experiences affect their leadership styles?

Let me know your thoughts.